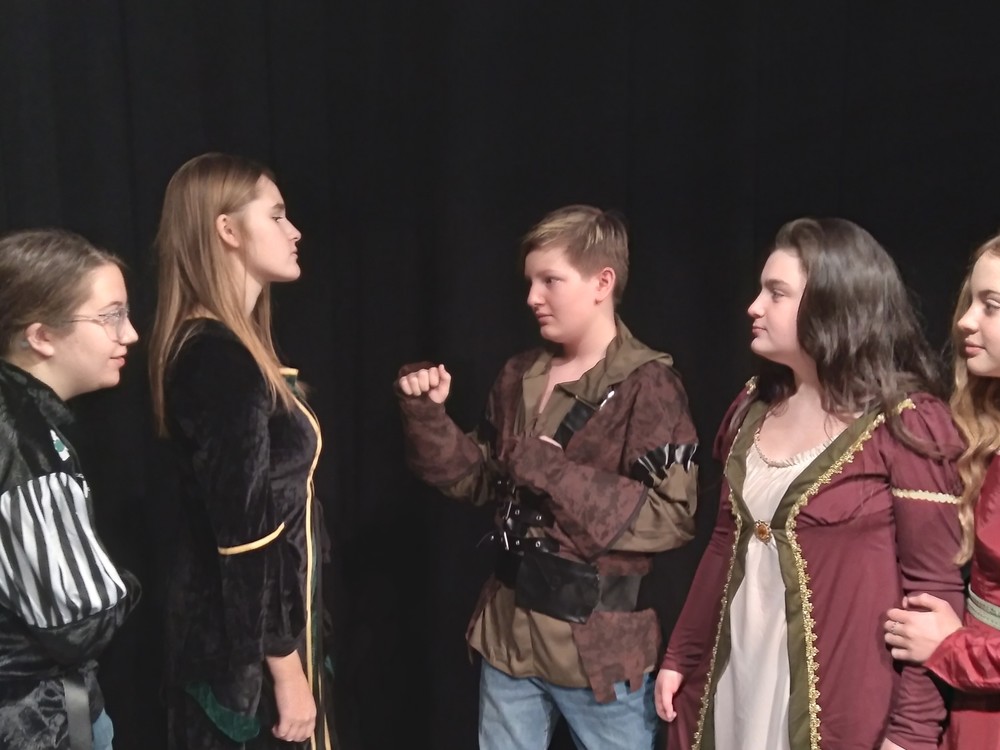 Robin Hood, the outlaw of Sherwood Forest (Tristan Rotholtz), leads a merry life with his followers--those who are hungry or have no place to live.  The citizens of the forest oppose the wicked Prince John, who has taken the place of King Richard the Lion-Hearted, who has gone to the Holy Land on a crusade.  One day a caravan cuts through the wood, and in the convoy is Robin’s childhood sweetheart, Maid Marian (Isabelle Stivers), ward of King Richard.  Alas, the evil Lady Merle of Cornwall (Bella Gallanos) plans to force Marian to marry the Prince in an effort to make John more acceptable to the people of England.  It’s up to Robin to stop the marriage, defeat a nasty sheriff (Ava Crebo) and secure Nottingham for the king’s return.

The play is directed by Wendy Wade.  Natalie Springer handles the tech direction, with costumes by Heather Schwarting.